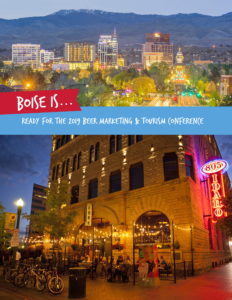 Thanks to the support and excitement we have received from Sarah Flick at Idaho Tourism, Taylor Williamson at the Boise Convention & Visitors Bureau, and many, many other local sponsors, we are excited to bring the BMTC west for the first time and have it hosted in an incredible beer-centric location.

In addition to the local support, Boise is a perfect location for #BMTC19 for many more reasons. Here’s a few.

Craft  beer  is  more  than  90  percent  water  and  maintaining  quality  water  sources  is  a  priority.  Through  the  Idaho  Brewshed Alliance,  Idaho  breweries  have  partnered  with  Idaho  Rivers  United  in  a  commitment  to  keeping  our  water  clean  to  help  make  the  best  quality  of  beer. 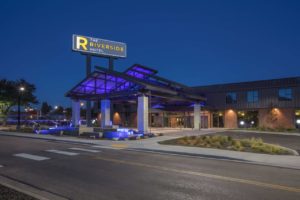 Dining: the hotel features a variety of restaurants and lounges including: the Riverside Grill, Sandbar at the Riverside Hotel (seasonal), room service, Bar365 and the Sapphire room. Also available, our incredible Idaho preferred breakfast buffet and weekend brunch!