We are very excited to have an outstanding group of beer and tourism industry leaders serving on our Advisory Board. This group helps ensure our conference, especially the content and speakers, reflects what you want to experience. 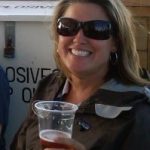 Mariah is Vice President in charge of marketing and social media for Dogfish Head Craft Brewery in Milton, DE. In addition to being one of the leaders of the craft beer movement, in operation since 1995, Dogfish Head is now also leading in beer tourism. The company operates a brewpub in the original location, a food truck at its production brewery, a fish restaurant, three separate ale houses, and the Dogfish Inn. Mariah was previously an assistant producer and assignment manager at WBOC TV, the local CBS affiliate in Maryland.

Julia is a speaker, writer, author, and trade association professional. Most recently she was the Craft Beer Program Director for the Boulder, Colorado based Brewers Association (BA) and Publisher of CraftBeer.com (2007-2020). She is a BJCP Certified beer judge, an award-winning homebrewer, a Certified Cicerone® and beer educator. She is now a strategic consult via her new company HerzMuses Enterprises. Follow her beer filled adventures on Twitter @herzmuses and LinkedINprofile. 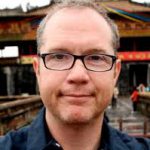 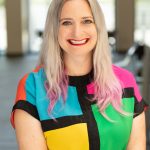 Meghan is the Public Relations Coordinator for Visit Richmond VA, the city which was recently named #1 on the list of “The World’s Top 10 Beer Destinations for 2018” by VinePair. Meghan has been with Visit Richmond since 2016 and works to garner positive media coverage for the region by bringing writers and journalists to the area and curating an experience for them. The Richmond region has over 30 outstanding breweries, all a part of the Richmond Beer Trail. Meghan is a graduate of the University of North Carolina Wilmington, where she studied English and Spanish. 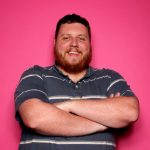 Barry is a former professional brewer and the current COO of City Brew Tours, a Boston-based Inc. 5000 fastest growing company, serving the craft beer communities of seven different cities through brewery tours. Barry is also an integral member on the committee of the CBTOA, a non-profit organized to support craft beverage tour operators and grow their business opportunities by building bridges between its members and the craft beverage, tourism and allied communities around the world.