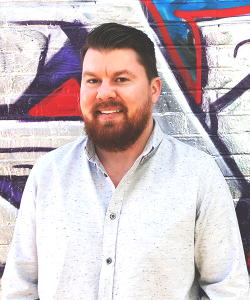 In an industry like craft beer, where some regions have many, many options, growth is crucial. New competitors are popping up every day, so it’s important that you remain top of mind with consumers. But how do you do that?

Nearly every brewery uses social media and email, but those are designed more for maintaining communication with people who already know you – followers or subscribers – rather than creating completely new awareness. Social media algorithm changes have made it very difficult to acquire new followers organically. They all want you to run paid campaigns and have set up the algorithms to force you to do if you want big increases in followers. Email is only useful if people already subscribe.

So how do you reach new people who haven’t previously heard of you?

The best ways I’ve found to increase awareness at scale is through media relations and influencer marketing.

Media relations took a back seat to social media over the past few years, but I’m now seeing a resurgence in breweries wanting media coverage, whether it’s from local publications or national ones like Beer Advocate, Good Beer Hunting, and Hop Culture. Breweries are seeing value from independent third parties talking about them, but most importantly, publications and news sites have large followings. This is especially true when you factor in their social media channels. Media coverage helps you reach entirely new groups of people.

Influencers are similar. They can be an independent third party to recommend you and provide further validation, and they have followers who may not already be following you.

But how do you successfully secure media coverage and run an influencer program?

I’ll be speaking about those topics next Wednesday, March 27, at the Beer Marketing & Tourism Conference in a breakout session from 2:50-3:50PM.  Join the session to learn:

Hope to see you there, and I’m looking forward to meeting as many of you as possible in Boise!

This post was written and submitted by our conference speaker Kevin York, who is the president of Kevin York Communications, a Boston-area marketing communications agency that focuses on craft alcohol clients.  Find him on Facebook and Instagram and catch his session, Increase Awareness Through Media Relations and Influencer Marketing, at 2:50 PM on Wednesday, March 27.