Please see the list below of just some of the speakers at the 2017 conference. 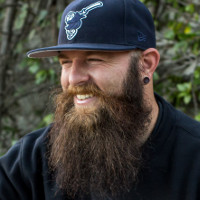 Dave, a Certified Cicerone, is Director of Beer Education at Green Flash Brewing in San Diego. He is responsible for running the tasting room and for organizing events, both in the brewery and in other locations. Dave started his beer career at Stone World Bistro and Gardens and served as Beverage Coordinator at Churchill’s Pub and Grille. 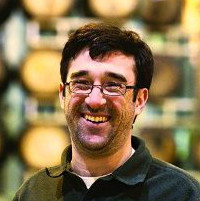 Jamie is the president and co-owner of Foothills Brewing in Winston-Salem, North Carolina. Starting out as a brewpub way back in 2004, Foothills has now grown to include a regional brewery producing nearly 40,000 barrels per year. Jamie will provide tales of his real-world brewpub experiences at our Best Practices for Brewpubs workshop. 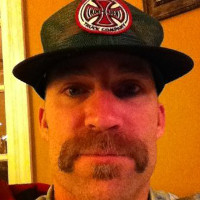 Jeff is Director of Marketing at Deschutes Brewery in Bend, Oregon, where he oversees all the company’s marketing functions, including product promotions, packaging, events, advertising, digital media and more. A family and employee-owned company, Deschutes Brewery is the eighth largest craft brewery in the United States. Before working at Deschutes, Jeff spent ten years as a brand manager at the Coors Brewing Company and then MillerCoors. 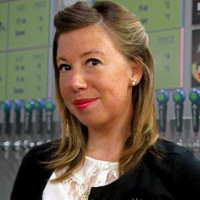 Liz is Events Manager at Green Flash Brewing in San Diego where she identifies, develops, plans, and executes events in San Diego and across the country. Before that she was the public events manager and program curator at The Loft at UC San Diego, where she organized over 450 music, comedy, art exhibits, film, taste and special events. 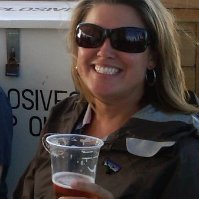 Mariah is Vice President in charge of marketing and social media for Dogfish Head Craft Brewery. In addition to being one of the leaders of the craft beer movement, in operation since 1995, Dogfish Head is now also leading in beer tourism. The company operates a brewpub in the original location, a food truck at its production brewery, a fish restaurant, three separate ale houses, and the Dogfish Inn. 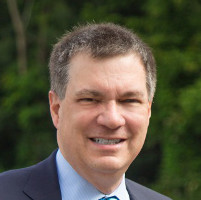 Chris Cavanaugh | What Is Beer Tourism?

Chris is the founder of Magellan Strategy Group, which provides strategy development and travel & tourism planning consultancy services. Prior to founding Magellan Strategy Group, Cavanaugh served as vice president of marketing for The Biltmore Company in Asheville, NC, the owner of Biltmore Estate. The Governor of North Carolina appointed Cavanaugh to the state’s travel and tourism board in 2003 and again in 2010. 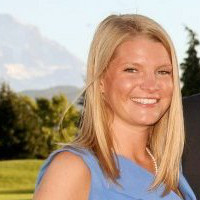 Katy Clair is Marketing Manager for Travel Oregon. We all know Oregon is one of the top craft beer states in the United States and Portland, specifically, is considered one of the top beer cities in the world. Katy and her team help promote this.  Before Travel Oregon, Katy was the Customer Service Manager at Nordstrom. 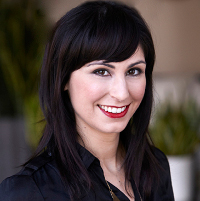 Candice is Director of Communications for the San Diego Tourism Authority. San Diego is not only well known for its beer but Candice and her team specifically promote the city for its beer culture and beer tourism opportunities. In addition to her work with the Tourism Authority, Candice serves as Website Marketing and Business Manager at Treble Media (“music for the bleeding edge”) and does her own freelance photography.

Julia is the Craft Beer Program Director for the Brewers Association, co-author of the free CraftBeer.com Beer & Food Course, as well co-author of Beer Pairing(Voyageur Press). She is a life-long homebrewer, BJCP beer judge and Certified Cicerone®. She is also well-known as the dynamic voice of craft beer. 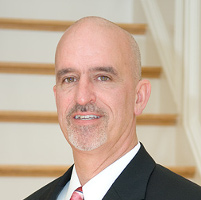 Wayne is a partner in 919Beer, a group of enthusiasts committed to building, engaging, educating and resourcing the craft beer community in The Triangle region of North Carolina. Wayne also organizes the Beericana Craft Beer and Music Festival, a festival with over 4,000 attendees each year. 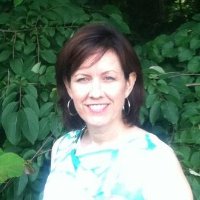 Carol Kline | What Is Beer Tourism?

Carol is a professor at Appalachian State University where she teaches a course on Food & Beverage Management and developed the Department’s first Sustainable Tourism course. Previously, Carol worked at East Carolina’s Center for Sustainable Tourism and the Department of Recreation & Leisure Studies. She is conductin research on craft beverage tourism that she will present at the conference. 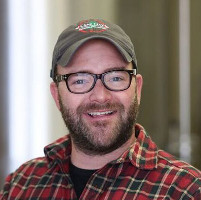 Ryan is president and co-founder of Cape May Brewing Company in New Jersey. As president of New Jersey’s Garden State Craft Brewers Guild, Ryan has successfully built from concept to creation New Jersey’s annual Brews by the Bay Festival — a collaborative festival between two guilds: New Jersey & Delaware – and worked closely on the annual Battleship Beer Festival — a beer geek’s paradise that takes place aboard the historic Battleship New Jersey at Camden’s Waterfront. 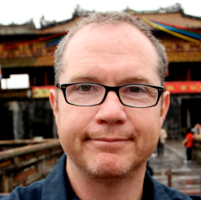 Paul is Executive Director of the New York State Brewers Association, which serves as a promotional and legislative proponent for New York State breweries, microbreweries, farm breweries, brewpubs and brewing affiliated businesses. Paul began his career as a multi-media producer for the National Baseball Hall of Fame and Museum and then moved on to editing, shooting, and producing several series for cable television and later worked in the studio, agency, and advertising industry. 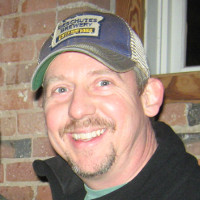 Mark is the founder of Brews Cruise, which started back in 2006 in Asheville, North Carolina. The day beer tour operator has now grown to have branches in 13 cities in nine different states across the country, making it likely the largest beer tour operator in the country. Mark now lives in Bend, Oregon where he also works part time as an ambassador for Deschutes Brewery. 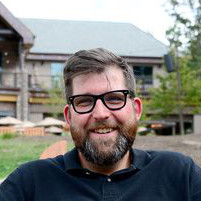 Bill is Beer Ambassador at the Sierra Nevada Brewing Co., where he works on the development of new beers and brands as part of the Product Development team. A large part of his work is field education and consumer interaction throughout the country–preaching the gospel of good beer and food. Bill moved from his initial role as Communications Manager at the brewery. Photo courtesy of Asheville Citizen-Times. 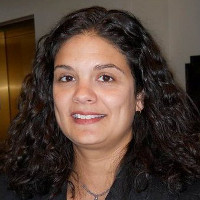 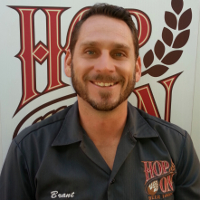 Brant is owner and operator of Hop On Beer Tours in San Luis Obispo, California, which operates beer tours throughout the Central Coast. Brant also created and contributes to the Brew section of SLO Life Magazine and is Co-Host of Central Coast Craft Beer Radio. He is a serial entrepreneur, having spent seven years running a previous successful business. 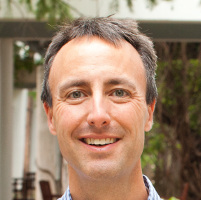 Keith is Director of Marketing Communications at Travelocity and will serve as the keynote speaker of the 2017 Beer Marketing & Tourism Conference. At Travelocity he is immersed in the world of travel tips, tricks and trends as he manages Travelocity’s ongoing communications efforts, which included creation of the Beer Tourism Index in cooperation with the Brewers Association. 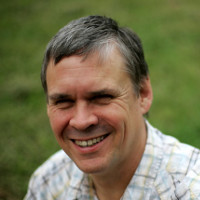 Rich has been an Internet marketing professional since 2005. During that time he has routinely outranked top-rated national sites and has made a full-time living from blogging since 2007. Rich runs the consulting firm Local Is Where It’s At in Asheville where he helps businesses across the country optimize their search engine rankings by focusing on local listings. 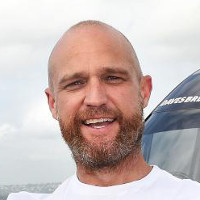 Dave runs a small but expanding company in Sydney, Australia that includes Dave’s Brewery Tours, a day tour operator of breweries in Sydney that is starting up in other Australian cities. His empire includes Dave’s Pub Walks and Dave’s Events and he is developing Aussie Ale Trails and the Institute of Beer training center. 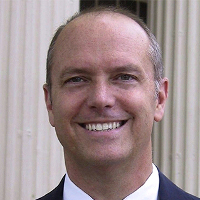 Mark is Director of Tourism Marketing for Visit North Carolina, where he oversees a team focused on Public Relations, Social Media, Websites and the databases that drive them as well as the creation of an annual NC Travel Guide. Visit North Carolina is the official tourism marketing arm of the Economic Development Partnership of North Carolina under contract with the NC Department of Commerce. 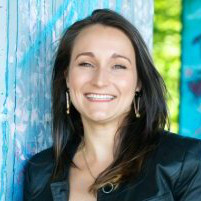 Dodie is Director of Communications for the Asheville Convention & Visitors Bureau. Asheville, host city of the Beer Marketing & Tourism Conference, is of course known as one of the top beer destinations in the world and Dodie and her team help to promote that. Before working for the CVB Dodie was Director of Client Services for ClearPoint Marketing Communications. 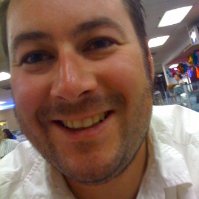 Neal is Vice President of Marketing for Dogfish Head Craft Brewery in Delaware. He previously served as Marketing Director of the Pabst Brewing Company and Flying Dog Brewery and has outside industry experience with Mark Anthony Brands (Mike’s Hard Lemonade) and THANASI Foods. 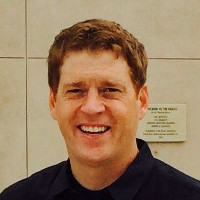